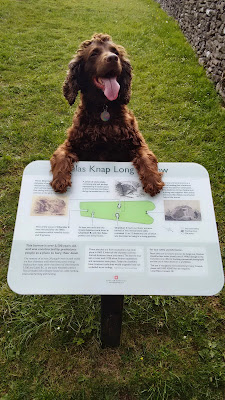 Belas Knap (pronounced locally as Bella Snap) is a Neolithic long barrow, or burial mound, situated on Cleeve Hill, in between Cheltenham and Winchcombe in The Cotswolds. It is a scheduled ancient monument in the care of English Heritage but it is managed by Gloucestershire County Council and it is well worth the short walk to visit it if you find yourself in the area. The fact that it is completely free to visit is an added bonus.

If you are walking The Cotswold Way you will walk right past Belas Knap. Might be a nice spot to stop for a picnic or a snack. If you decide to visit especially to see the long barrow you might like to make a day of it and drive a little further into Winchcombe to either potter around the shops or visit Sudeley Castle, once home to Catherine Parr, the sixth wife of Henry VIII. 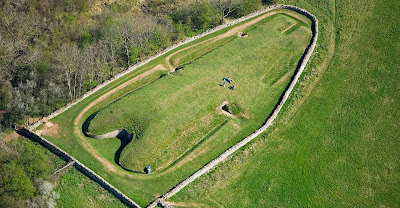 What appears to be the main entrance to the barrow, with intricate dry-stone walling and large limestone jambs and lintels is, in fact, a false one. The actual burial chambers are down the long East and West sides of the barrow and at its Southern foot. There are four burial chambers, two on opposite sides near the middle, one at the South-East angle and one at the South end. These are formed of upright stone slabs, linked by dry-stone walling and originally had corbelled roofs (in the interests of not crushing curious visitors to death the roofs have been replaced with concrete ones!). 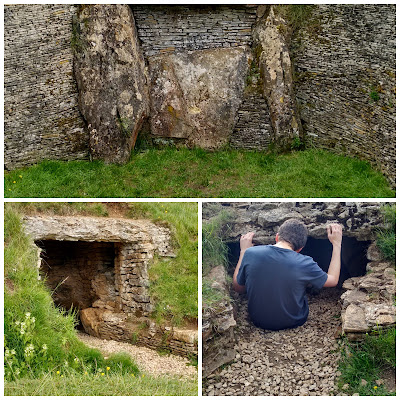 The barrow was excavated between 1863-1865 when the skeletal remains of five children, aged between 6 months and 8 years, the skull of a young adult male, horse and pig bones and fragments of pottery and serrated flint blade were found among the rubble blocking the 'false entrance'. The passages leading to the chambers were roughly blocked with stones and clay. The lintels and much of the dry walling were rebuilt on the original lines in 1863-65, when the barrow was first explored.

Further excavations were carried out in from 1928-1931, the walling was secured, three of the chambers were covered and the contour of the mound was restored.

Excavations in 1963 found the remains of 38 human skeletons, together with animal bones, flint implements and pottery of the end of the Neolithic period (New Stone Age), circa 2000 BC. These burials, however, occurred over a long period of time and it may be that none date to the time when the mound was built. 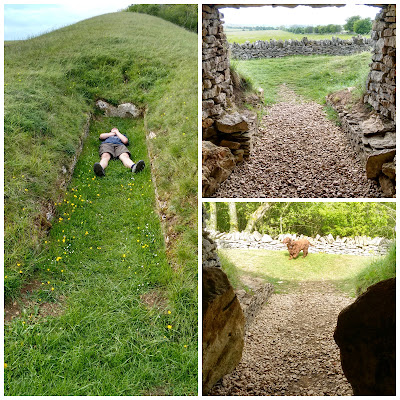 The easiest way to access the barrow is via a well-marked footpath path from the narrow and steep Charlton Abbots road, South of Winchcombe. There is a lay-by on the left, with a signpost pointing up through the trees to the right. There is a steep climb for the first stretch of the footpath, affording views of Winchcombe, until the rounded hill top is reached. This walk takes approximately 15-20 minutes. 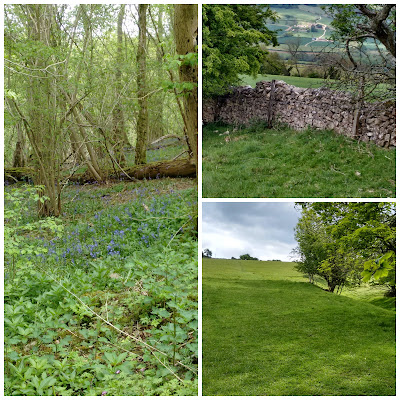 As you climb uphill make sure to look back and admire the view.   Reaching above the tree line you will get a lovely view of Sudeley Castle. 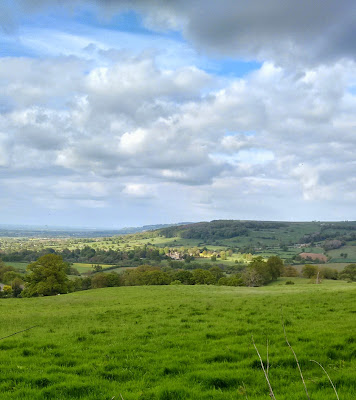 There are a few stiles and kissing gates to negotiate and the walk there is mostly uphill. If you are walking with a dog you may have to keep it on a lead as there are often sheep grazing in the fields on the approach to the barrow. We have visited many times over the years and my kids still enjoy it. 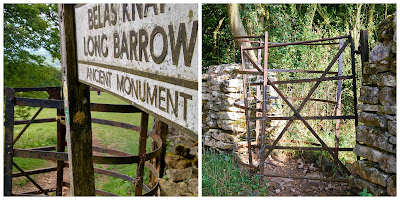 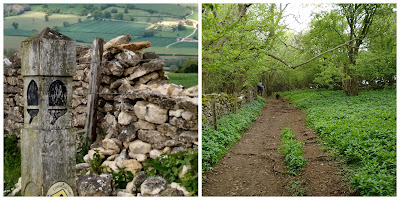 If you like your ghost stories there is quite a lot of information to be found on the internet about 'sightings' at Belas Knap. A number of visitors also report taking photographs which are then found to have strange orbs of light on them. We have been many times and, sadly, cannot report any such 'supernatural' experience. We did once take some dowsing rods up there for a bit of fun and they responded very strangely when we were on top of the barrow!! Maybe we were detecting the ancient ley lines after all......!

The mound is situated at Ordnance Survey grid reference SP 021 254. 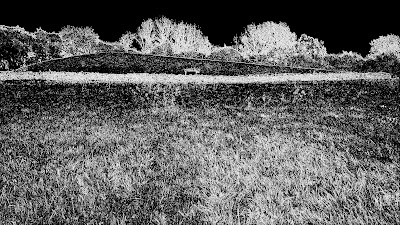 I would love your feedback but please keep it polite!